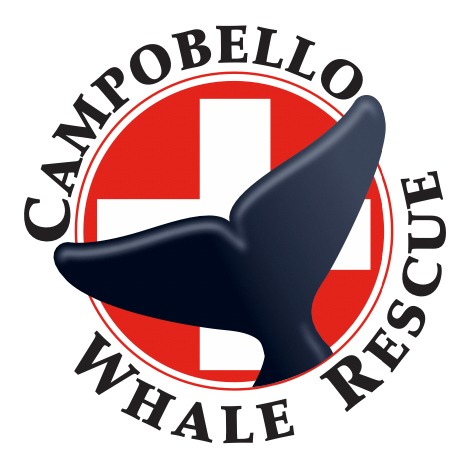 The Campobello Whale Rescue Team (CWRT) consists  of fishers,  biologists and other specialists, who are highly knowledgeable about whales, whale behaviour, boats, fishing gear and the local marine environment.

The CWRT, was formed in 2002 by a group of volunteer fishermen. In 2014 the CWRT became part of the Canadian Whale Institute. Today it employs a crew whose members are highly trained and skilled in the use of specialized equipment to disentangle large whales from fishing gear and to work with weir owners to release entrapped whales. The CWRT is licensed and permitted by Fisheries and Oceans Canada to conduct whale disentanglement and release operations in the Bay of Fundy and adjacent waters off Nova Scotia as well as in the Gulf of St. Lawrence. We work closely with, and support, the fishing industry and encourage stewardship of whales among fishers and those making a living on the water.

The CWRT is a member of the Atlantic Large Whale Disentanglement Network which spans the east coast of North America from Florida to the Bay of Fundy. We respond to entanglements in the waters of Maritime Canada. Note that our colleagues at Whale Release and Strandings respond in Newfoundland and Labrador. 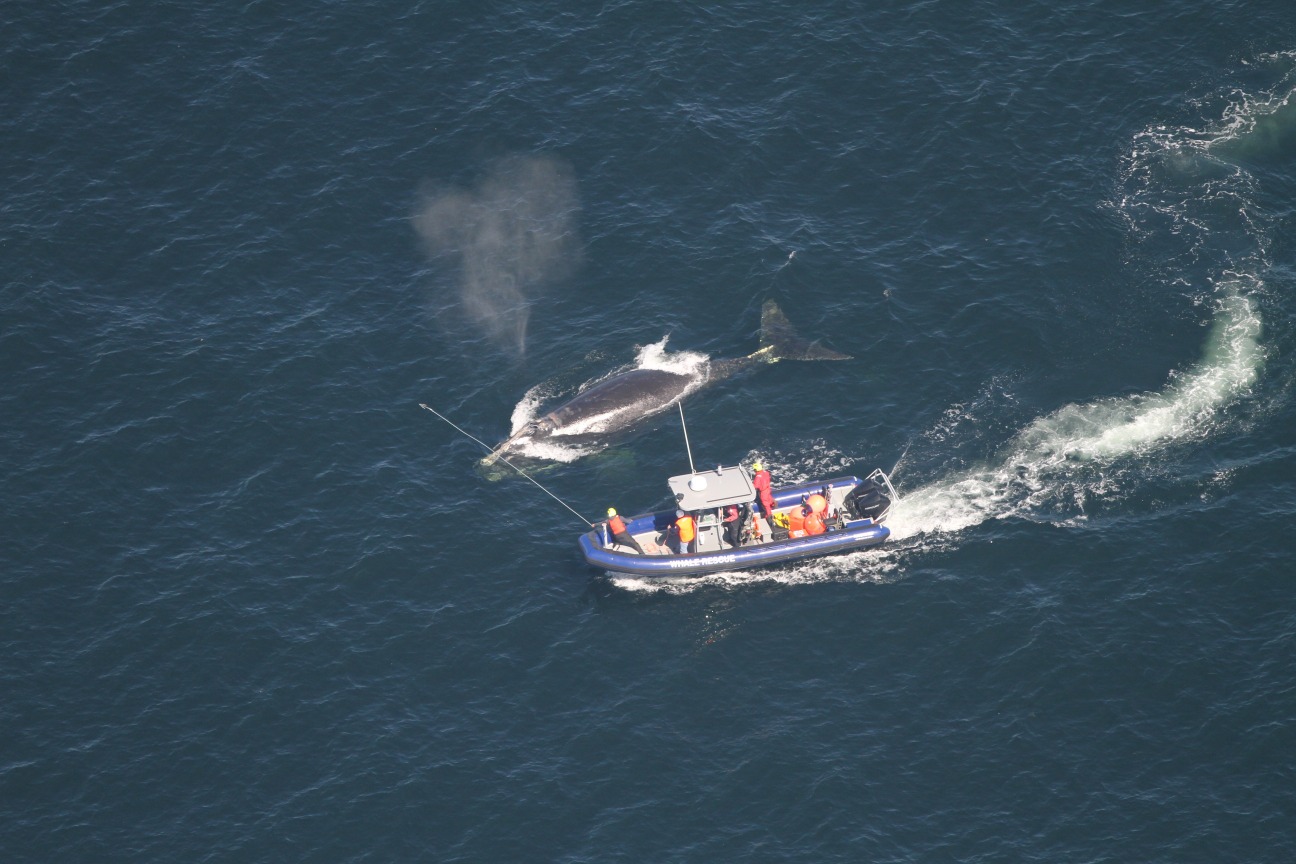 In Canadian waters, we work in collaboration with the Marine Animal Response Society (MARS, Halifax, NS) and Fisheries and Oceans Canada. Our home base on Campobello Island, New Brunswick, abuts the border with the USA. Two of our team members are certified and permitted to disentangle whales in U.S. waters. We collaborate with U.S. colleagues at the Center for Coastal Studies (Provincetown, MA) Marine Animal Entanglement Response team and the U.S. Government NOAA Fisheries Service Atlantic Large Whale Disentanglement Network.

Becoming a whale disentangler takes a lot of hard work, study, training and practice. The CWRT's experts periodically offer courses but completing a course is only the first step in becoming qualified to lead disentanglements. Trainees progress from Apprentice, to Assistant, to Small Whale Team Leader and eventually Expert Whale Disentangler - only an expert may lead a disentanglement attempt for a large whale such as a North Atlantic right whale. 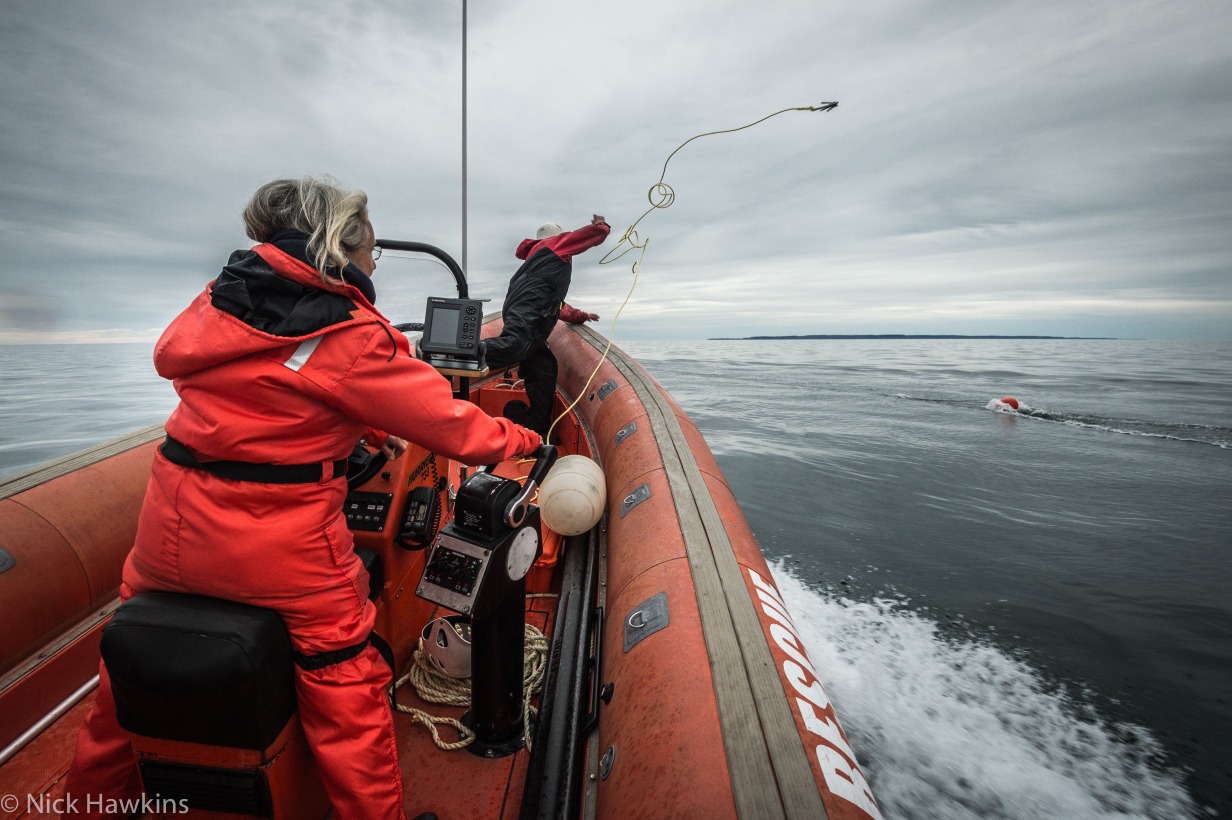 Why is there a need for a response capability?

Whale entanglement and entrapment in fishing gear is a global problem. The CWRT is committed to responding to this issue in our region because of concern for both whales and fishers. Entanglements can be expensive for fishers because of lost gear, as well as the cost and time to repair damaged gear. Whale entanglements generate considerable public concern. Fishers recognize this and want to do their part to mitigate the problem through whale disentanglement and release programs.

Entanglements can range from minor to severe and can be lethal for the whale. In many cases, whales break free of the gear and survive the entanglement. However, entangling lines that remain on the whale can compromise its health, ability to feed, socialize, migrate and survive.

What do you do if you see a marine mammal in distress?

1. Do Not Approach the Whale - Not only is this incredibly dangerous, it can also make future approaches, by the entanglement team, more difficult. It is illegal to get close to whales in Canada. See the Canadian Marine Mammal Regulations for specific details.

2. Call - The CWRT, in coordination with the Marine Animal Response Society (MARS) and Fisheries and Oceans Canada (DFO), will respond to whale entanglements and entrapments in the Canadian Maritimes (New Brunswick, Nova Scotia and Prince Edward Island). To report marine animal emergencies, please call MARS at 1-866-567-6277 or the Canadian Coast Guard on VHF channel 16.

3. Stand by and take photographs - We will respond immediately to calls regarding  whales in distress, weather and time of day permitting. Do not try to disentangle the whale yourself. Do not cut trailing lines and buoys from the whale. The entangling gear is used by the team in the whale rescue attempt. If possible, take photographs. It is critical, for a successful rescue, that the reporting entity stands by the entangled whale until the CWRT arrives. Without this, entangled whales are almost impossible to relocate. Once we arrive on scene, the entanglement will be assessed, documented and disentanglement attempted if it can be done safely.

Safety is our top priority. Working so closely with whales is extremely dangerous.

4. Don't try this on your own. Approaching any entangled whale is dangerous. Well-meaning but untrained persons can worsen an entanglement. For example, removing easily accessible trailing gear from entangled whales may still leave the most critical components on a whale, making future, organized disentanglements more difficult or even impossible, potentially resulting in further harm or death to the animal. Besides, get too close to a whale and it can cost you time and money !

Watch a brief BBC video about our work.